Theme of LD41 jam was super weird, so the game we made was also weird, because we wanted to make Puzzle/sim + Text adventure, kind of.

In year 1920, United States were struck with alcohol prohibition.

But it didn’t stop alcohol selling. In fact mobs were earning more money than ever in history.

Secret bar, also known as “Speakeasy” were saviors of the masses. Thus the name, because people were not supposed to spread news about them.

Many heists of speakeasies made bartenders top class investigators, as they were supposed to find out who’s civilian, and who’s a secret agent.

Making a mistake and serving agent with alcohol led to prison, or even death. 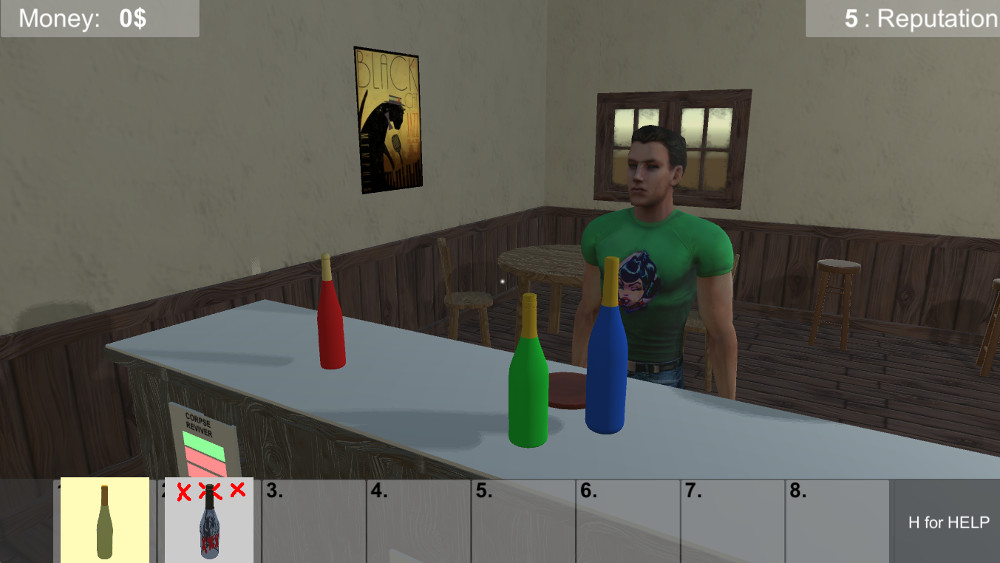 Made by: Milos Dangubic, Aleksandar Ristic and me 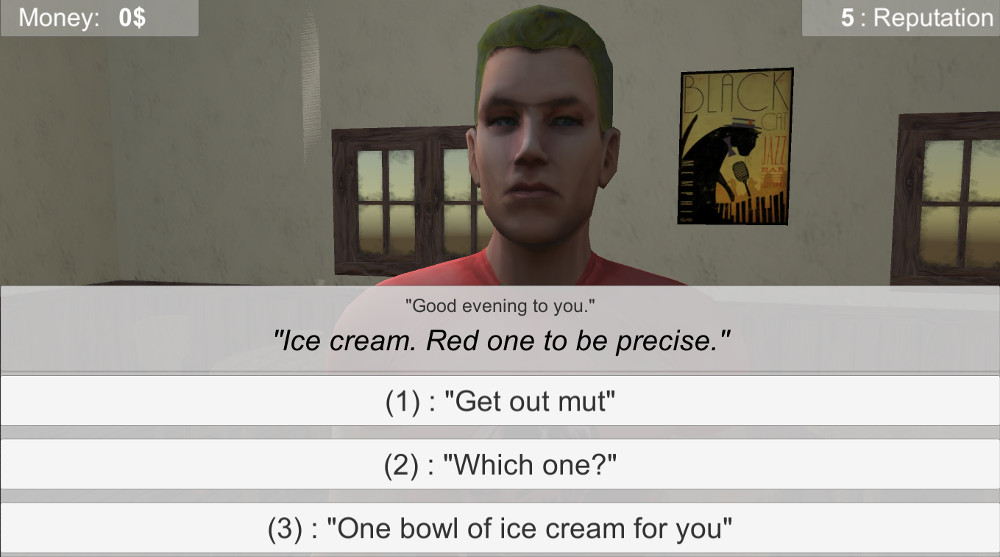 Using Ink (by Inkle) for dialogs.