Ludum Dare 39 was organized earlier than normally (it was always mid August), but this time it was end of July, and the theme was “Running out of power”.

Since my first inspiration for power was trains, i wanted to make a game about them, so I started from that and iteratively come up to “Sir, we’re running out of power!”

You are travelling peacefully back from your adventures, contemplating on train heading to Eden, your home town.
But beware, as the train is attacked by roaming hordes of monsters.
Even more unfortunately, main engine was damaged, and you are losing power.
Keep the engine running with burning inventory on train, and even monsters (if you manage to knock them out).
Cheers, sir! 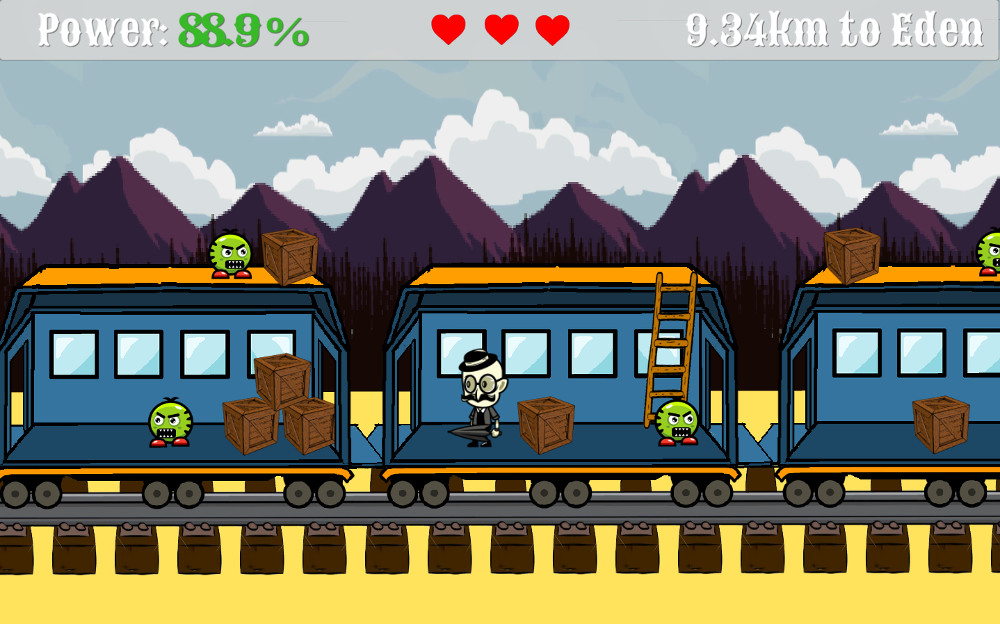 Didn’t have time to implement some smarter behaviour for enemies, so game is not that much challenging (they keep stuck a lot).
Also wanted to make big monster on the left throws the little monsters on the train, but fit that into schedule :(

Disclaimer: music is from freemusicarchive.org, character animations are bought.
Boxes, locomotive, ladders and backgrounds are edited from free image sites.
Only things I drew are those train cars :) 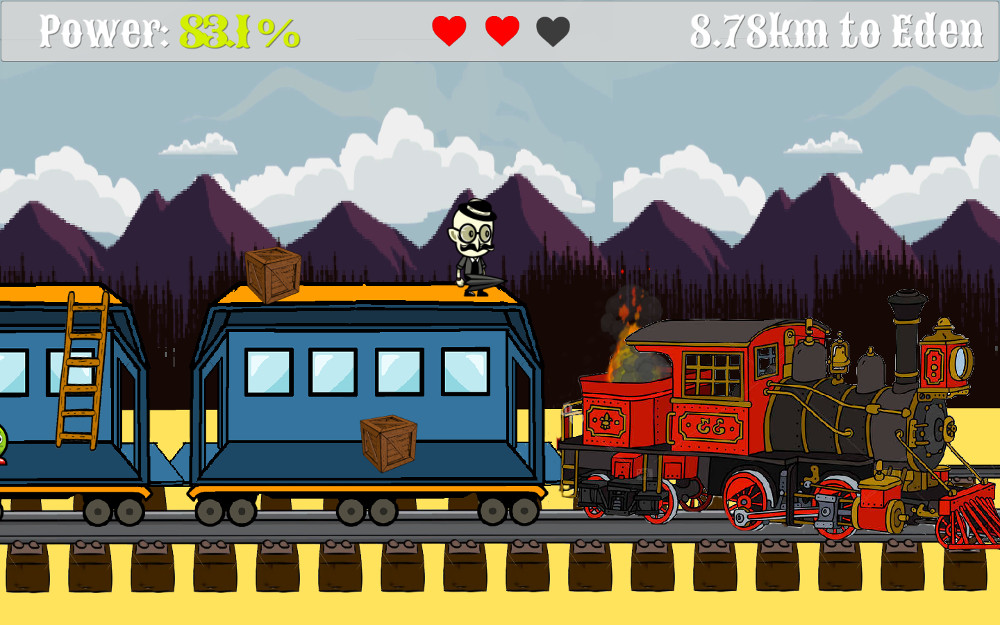