Space exploration game, worked between themes ‘You only get one’ and ‘Colonisation sim’. 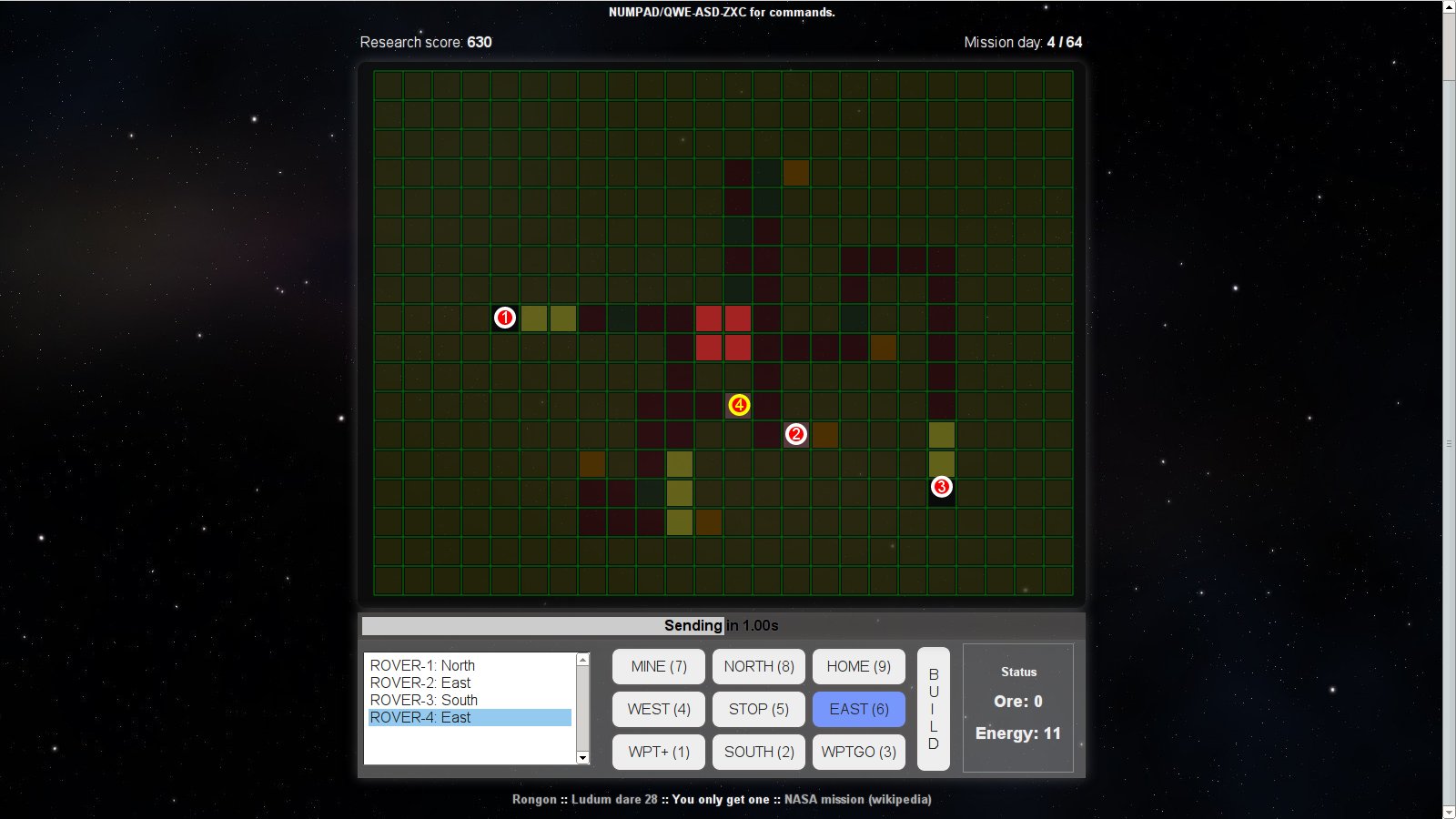 You need to colonize the Callisto moon, second biggest Jupiter’s moon with 4 rovers. Since there is a lot of distance between Earth and Callisto, YOU ONLY GET ONE command per 2s!!!

P.S. Didn’t have time to implement building and more obstacles, which would maybe include some fun into this game :P